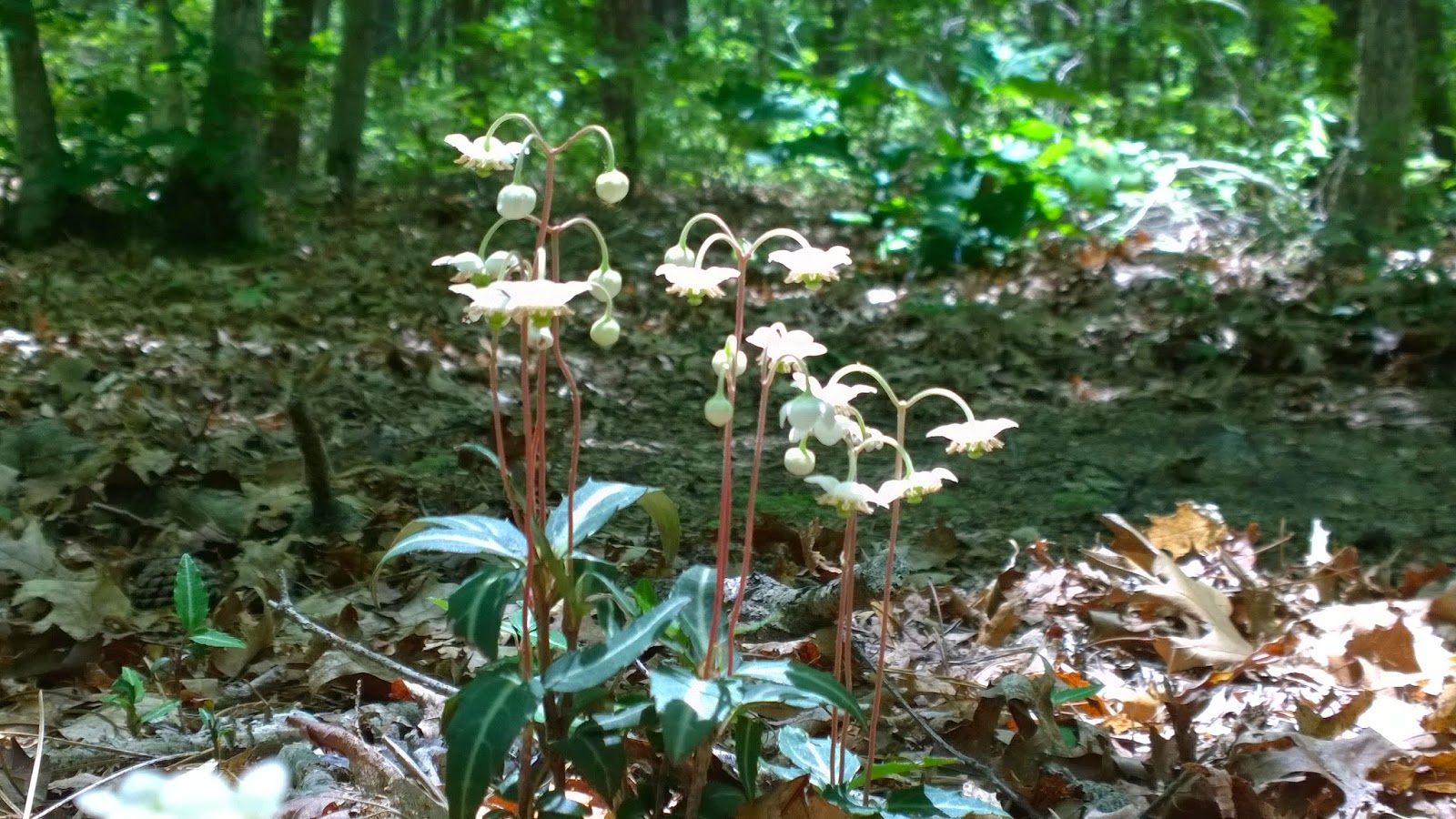 I have to say that one of my all time favorite plants since I was small has been Spotted Wintergreen. When I was ten years old we moved from the bayside of Absecon to the Estates when the terrain begins to change and borders on the Pinelands. Our yard was wooded with lots of trees and behind our property was woods for as far as the eye could see. It was completely different from what we had before and I instantly fell in love with the woods. I would walk the trails behind our house and go out on Saturdays exploring. It was along one of the trails that I first spotted the tiny plant, dark green with whites stripes down its leaves. I didn't know the name of it, though a friend had told me it was "Teaberry". I later found that to be incorrect when I did learn the identity of the plant, finding it in a book. It was Spotted Wintergreen, Chimaphila maculata. This plant almost seemed magical to me, staying green all winter when everything else lost its leaves. 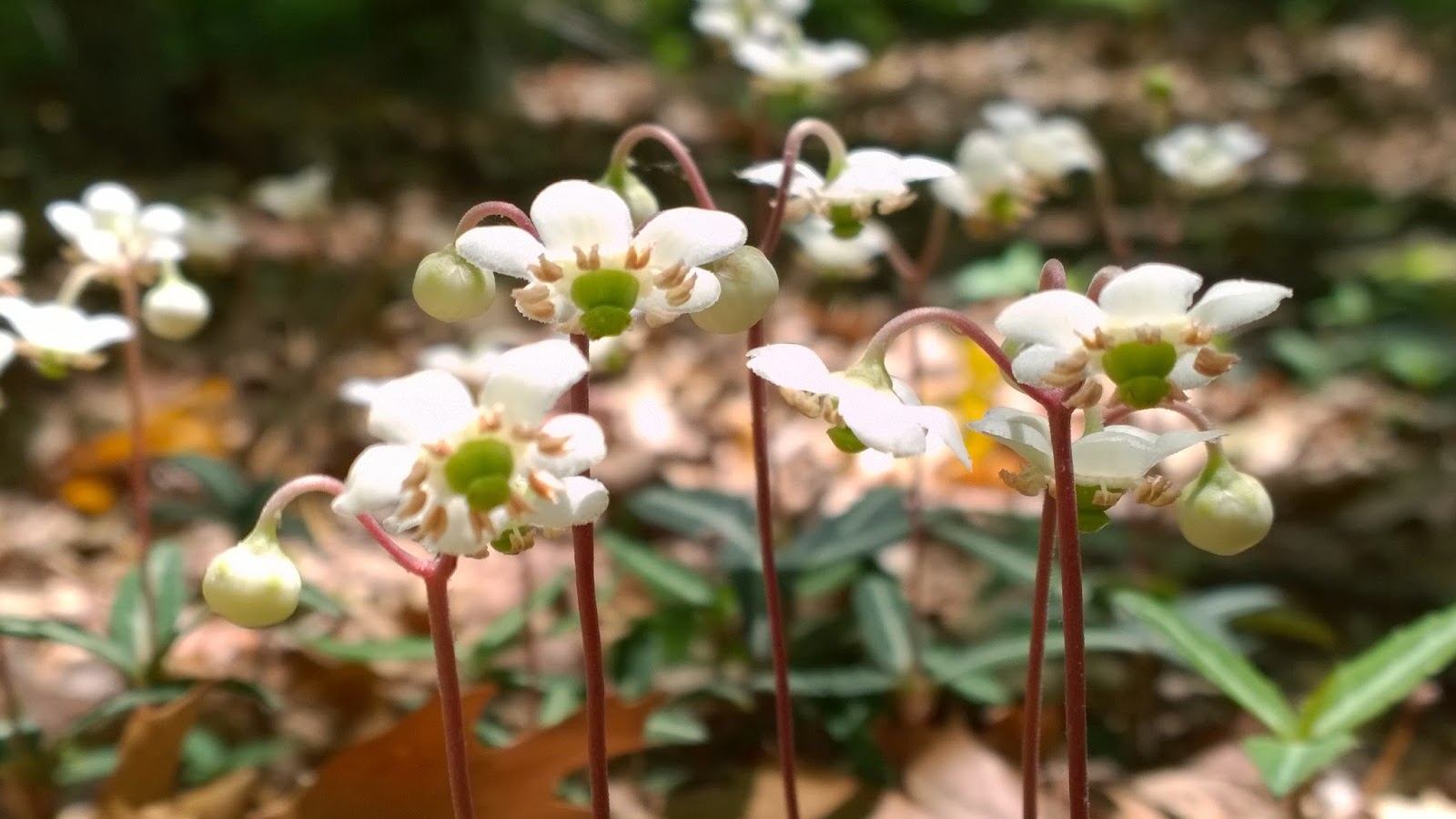 It wasn't until I was much older that I saw the plant flower, small flowers turned upside down like little umbrellas, creamy white and waxy, with green centers. Still it was enchanting to me. Unfortunately the woods I grew up in were later converted to suburbia with McMansions. My sister bought a lot there saying it would be nice to live where you played as a child. She was getting ready to put in a swimming pool and I went to survey the yard for plants to rescue and found a small population. I carefully dug them with about two feet of soil trying to capture the the soil fungus that the plant needs and hoped they would survive in my yard which was quite natural. Eventually they seemed to sucumb and disappeared. Then for about two years I didn't rake the flower beds opting to leave the leaves in place to act as mulch for my azaleas. One spring I was cleaning up and lo and behold, the plant was there under the azalea. I can only guess that the leaf compost created the environment for the fungus to thrive and the plant to re-emerged from a dormant state which they sometimes do when conditions are not right for them to thrive in. On my new property I am very blessed to have several populations. One is quite beautiful and large and seem to be growing where the previous owner blew the leaves to. 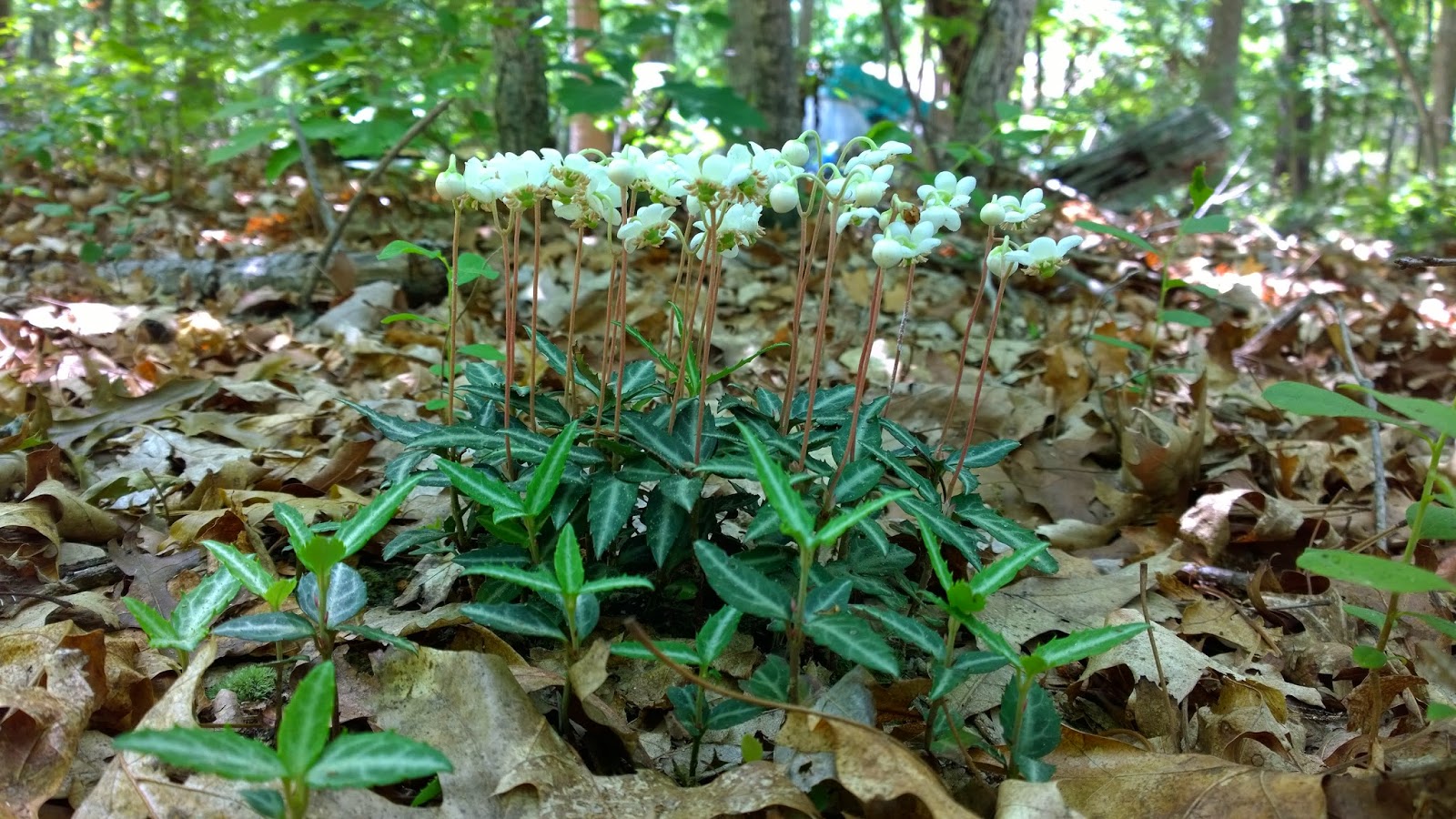 I have not attempted to propagate and sell this plant as it tends to just grow where it will. Since there is a fungal association with this plant so it will grow where conditons are met. I believe however that the mix of pine/oak leaf litter plays a role in the availablilty of the needed fungus. Knowing this I recommend just enjoying the plant where you see it and resist the temptation to buy from diggers or dig one yourself. You can always visit the populations yearly when they bloom. I often revisit my favorite plants in the wild each year and even today when I happen upon populations of this precious little plant, it brings an instant sense of happiness and joy to me.

Each year in June there seems to be an abundance of native plants flowering. One of my favorite local natives is Iris prismatica or Slender Blue Flag. I first heard of this plant not by finding it, rather by reading about it in the late Howard Boyd's book, "A Pine Barrens Field Guide". Iris prismatica is one of two local native Irises here in South Jersey, the other being Iris versicolor. Then one day while passing through Galloway TWP, I spotted it in a roadside ditch. It was spectacular, with so many blue-violet blooms. A real show stopper. Naturally, I had to stop and photograph it. Then I returned in a couple weeks for seeds. They were not ready. I waited another two weeks, still nothing. It wasn't until late summer that the seeds were finally ready. I picked two seed pods and sewed them after a six week chill in the fridge. But nothing germinated for me. Thinking they never would germinate I tossed the tray aside and forgot about it. The following spring when cleaning up the nursery area, I was shocked to pick up that tray and find many small single blades emerging from the soil. It was the Iris. I established a home for them in my bog, and each year they spread not only from seed, but by runners. This week they are blooming again, being in full sun, they are looking their best ever. 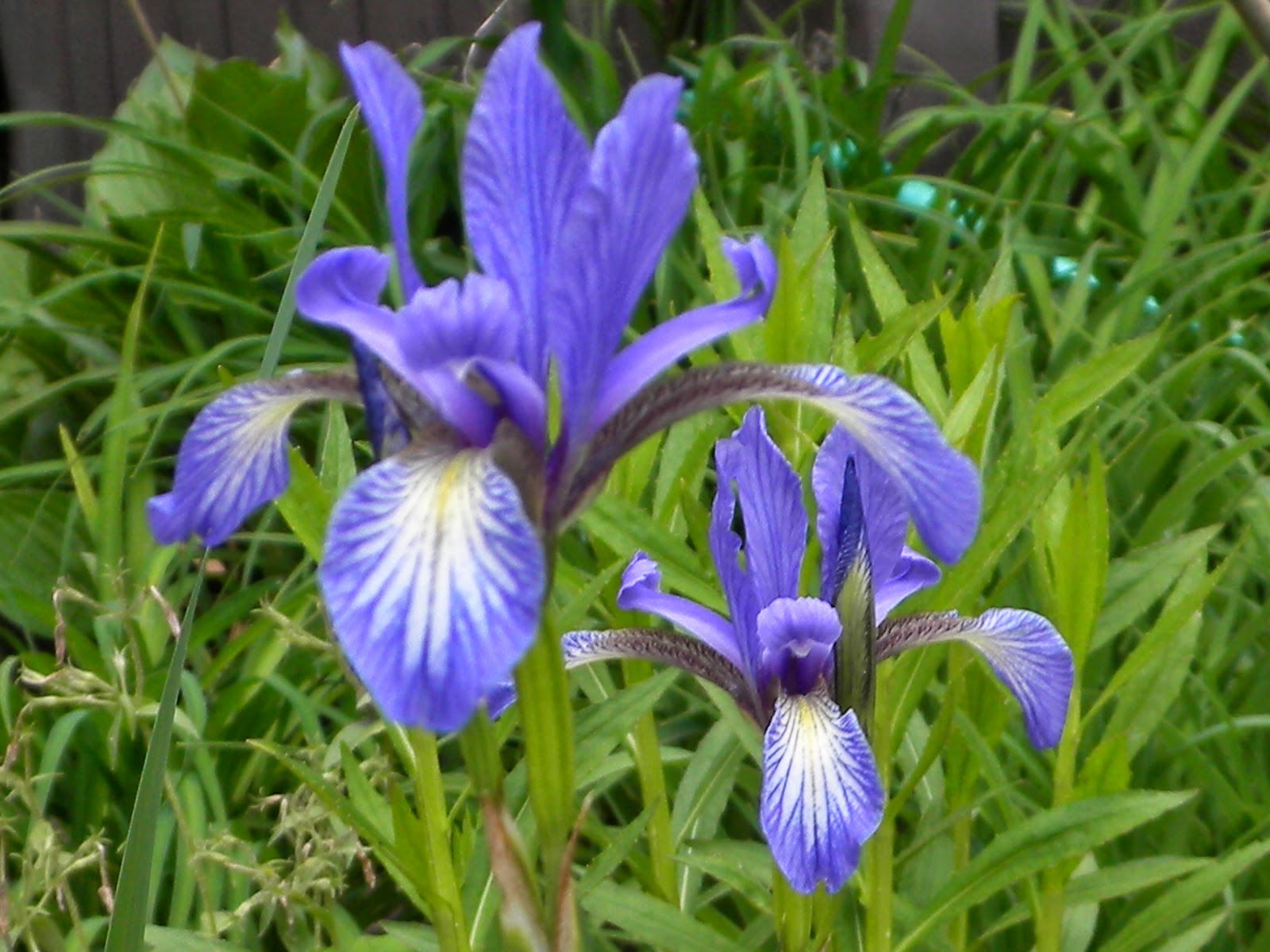 Iris prismatica, is a local native Iris also known as Slender Blue Flag. It resembles the larger Iris versicolor, but it's more like a mini version, with slender grass-like leaves and more dainty flowers that look somewhat like a Japanese Iris. I have seen Hummingbirds visit almost daily while in flower.

Propagation is easy by seed if you sow outdoors in the fall and look for seedlings in the Spring. They generally bloom the second year. Try this wonderful little plant in one of those moist areas that doesn't drain well and other plants are hard to grow and you will find that this one is easily a star.